Several new biomarkers may be the key to canc 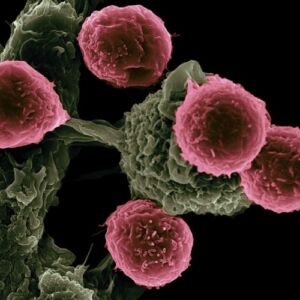 More than 40 years after President Nixon declared the War on Cancer in 1971, we are losing that battle. According to the American Cancer Society 1.67 million new cancer cases will be diagnosed in the U.S. in 2014. About 586,000 Americans and six million people worldwide will die of cancer in 2014. Despite massive investments in treatment and prevention, cancer mortality among people under 85 in the US has fallen a meager 8% since 1975. This has led many to wonder if our current strategy makes sense. As Einstein once said, insanity is doing the same thing over and over again and expecting different results. Will the “cure” for cancer come from more blockbuster drugs, or is the answer much simpler and now within our grasp.

Spending on cancer therapeutics is massive, with worldwide sales of $85 billion in 2013,1 and multiple drugs with $100,000 plus price tags on the market. However, on average, only a quarter of patients respond to any particular treatment—that’s a dismal response rate, and few of those are actual cures.2 This feverish focus on cures has dominated the research since President Nixon declared war on the disease in 1971. But the results are disheartening at best. As shown in Figure 1, this approach has yielded meager results; as mentioned earlier, the overall cancer mortality rate in the U.S. for ages younger than 85 years has fallen by a meager 8% since 1975. Heart disease deaths by comparison have dropped a whopping 60% or so—many times more than cancer deaths.

As shown in Figure 2, the survival rate for many cancers is similar. The trick is actually to find the disease early. Find it early, and the odds of survival approach 90% with most patients receiving just low-risk surgeries. But find the cancer late, in stage III or IV, and the only resort is treatment with toxic therapeutics and blasts of brutal radiation. Survival rates also drop precipitously. So it is very important to combat cancer with early detection and targeted cures based on active pathway of the cancer.

We are so consumed by the quest to save the 586,000 Americans who will die from cancer that we overlook the staggering fact that more than one-third of all Americans, some 120 million people, will be diagnosed with cancer sometime in their lives. Shouldn’t we put as much energy into getting those 120 million people diagnosed early, as we put into curing as many as possible?

This is where several promising, novel biomarkers that are on the horizon come into play. We are at a crucial juncture where we can actually fish promising biomarkers out of the blood instead of relying so much on tumor biopsies. This is game changing and will have a profound effect on patients and the industry at large.